Should designers learn to code?
by Kurt Elster

To be the best designer possible, you must code. 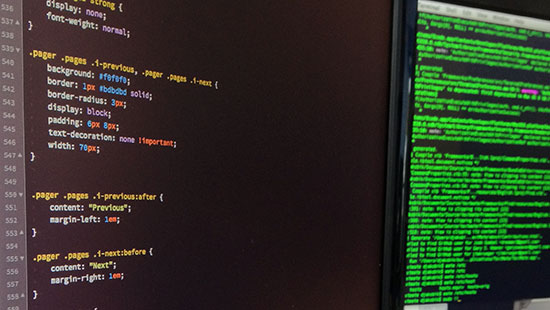 Designers should code.
In the last year I have collaborated with other designers on a few projects. In two of those cases, the designs included elements that weren't reasonable for the web. It was immediately apparent that the designers' decisions were purely aesthetic, and not informed by web standards. I realized then that to be the best designer possible, you must code.

Design is multi-disciplinary
Designers will happily write, read, discuss, learn, and otherwise perform a myriad of tasks that bolster their designs. From related skills like color theory or typography, or more intellectual pursuits like information architecture, content strategy, or competitive research. Yet the moment someone says "code it," designers either panic or turn up their nose at the thought.

Design is not veneer.
How can anyone expect to design for a system they don't truly understand? Sure, you understand user behavior, but you don't understand the underpinnings of your design. Without considering the underlying code, you're just making a veneer, and counting on someone else to figure out the details for you. That's not teamwork, it's an assembly line.

Speak developers' language.
Developers are translators. It's their job to translate a design in to language that browsers can understand. Developers fully understand the customs and traditions of their people, the browsers. Have you ever said to a developer, "but can't you just…" and then have them look at you pitifully? Those conversations are frustrating for everyone involved because there's a language barrier. The best way to have productive conversations with developers is to learn to speak code. Once you've achieved a level of mutual understanding, you'll collaborate better than ever before.

Try it. No one will die.
I'm not saying that a designer should try and replace their developer. I am advocating that you, the designer, will be a better member of your team by learning to code. You'll build better user experiences. As a professional, that should be your ultimate goal.