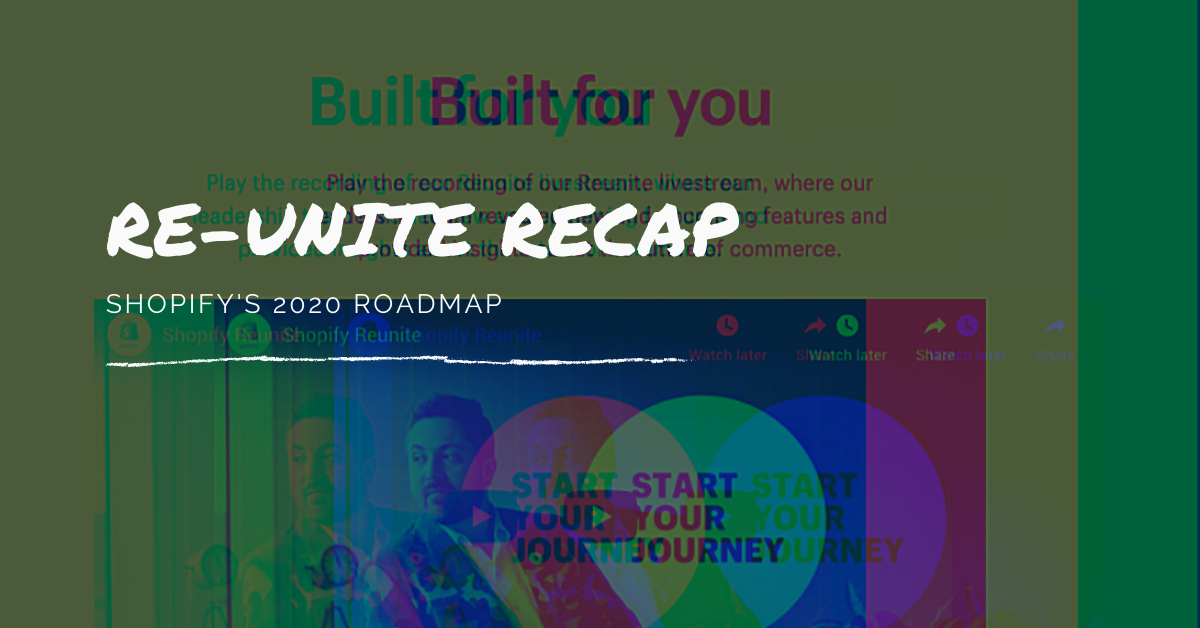 Shopify Re-Unite keynote wrapped up this morning. In it, Shopify's leadership team revealed new and upcoming features. I took notes.

Here are the big announcements:

This is a partial list, and timelines are subject change. Some features are rolling out now, others we won't see until next year. Keep an eye out in your Shopify dashboard, the Shopify newsletter, and the Shopify blog for announcements as new features roll out.

Not sure what all this means? We discussed it in-depth on The Unofficial Shopify Podcast.